From cannabis farms to residential kitchens 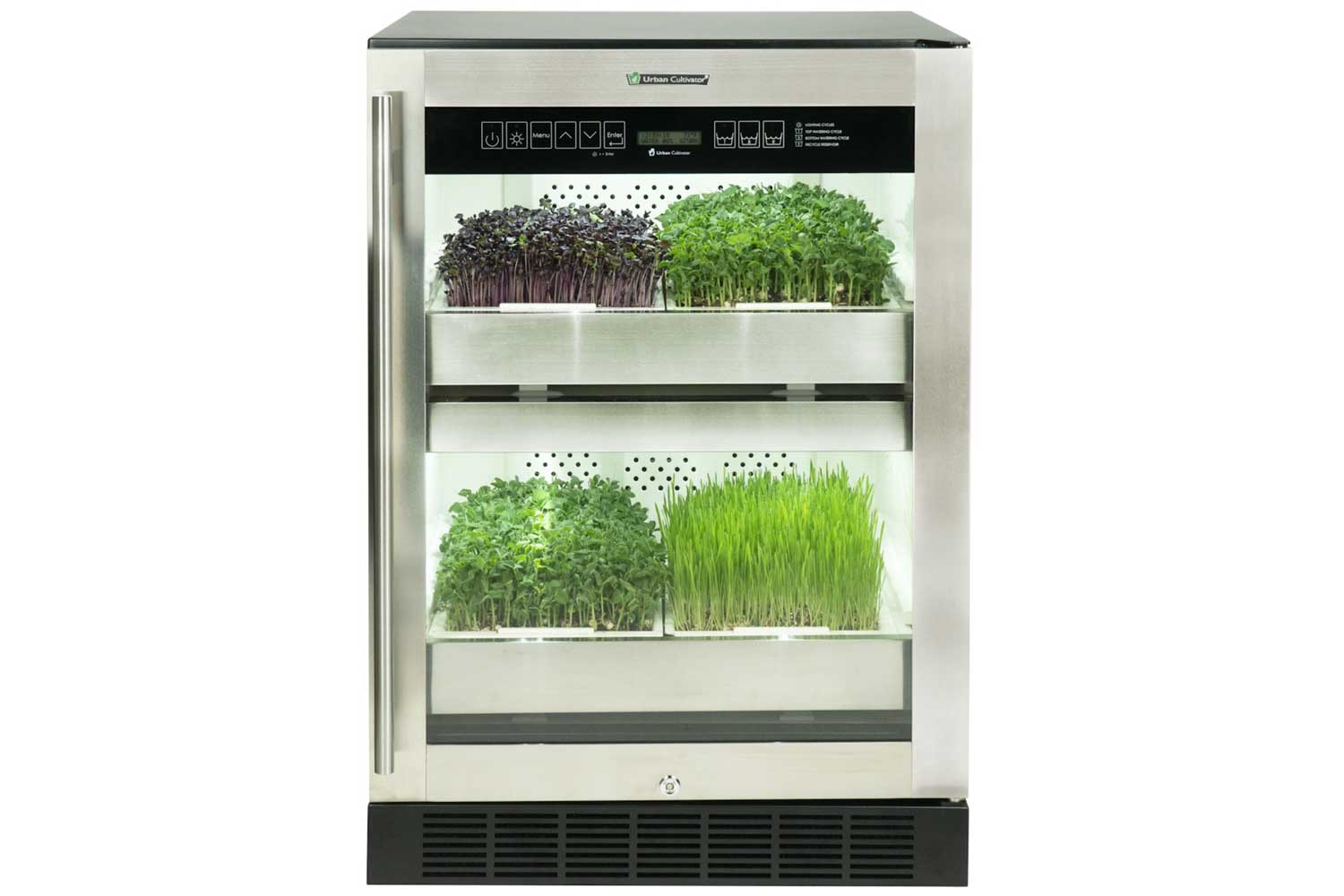 Urban Cultivator is a hydrophonics company based in Canada. It was founded in 2010 to manufacture and distribute the Urban Cultivator - a fully automated kitchen garden designed to grow herbs and microgreens all year round in your kitchen.

Founder Tarren Wolfe originally co-founded a cannabis smart growing company, BC Northern Lights over 20 years ago. He set up one of his Northern Lights products in Los Angeles to start cannabis clones and cuttings for dispenseries in the area, and it was here that visiting local chefs started asking if they could grow micro greens and herbs instead of cannabis. Wolfe says he designed the Urban Cultivator to to solve 3 problems : how do we feed people better food at a lower cost and at less harm to our environment.

The Urban Cultivator provides 365 days of growing - you just have to plant your seeds, set the right temperature and watering program and watch your plants grow organically and pesticide free over the next 7-14 days. The appliance self regulates water, light and humidity levels to create a consistent growing environment. The commercial unit is aimed at restaurants and it is very popular with chefs who love having access to fresh tasty microgreens and herbs, with zero food miles.

The Urban Cultivator has many fans from Martha Stewart to Snoop Dogg (although we aren’t too sure he is growing microgreens in his!).